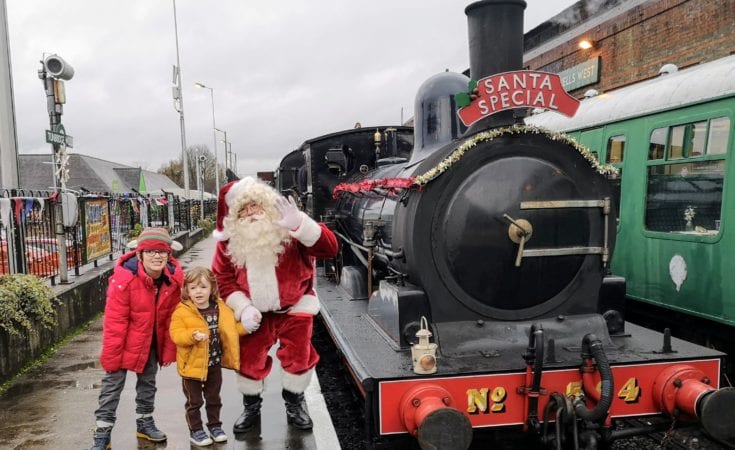 We first visited Spa Valley Railway at Easter (see my review here) and we fell in love with it. There really is nothing quite like a steam train to transport you back in time. I actually asked if we could review the Spa Valley Santa Special and was delighted when they said yes! We reviewed the Early Bird Santa Special – more is included in trains departing from 30th November. 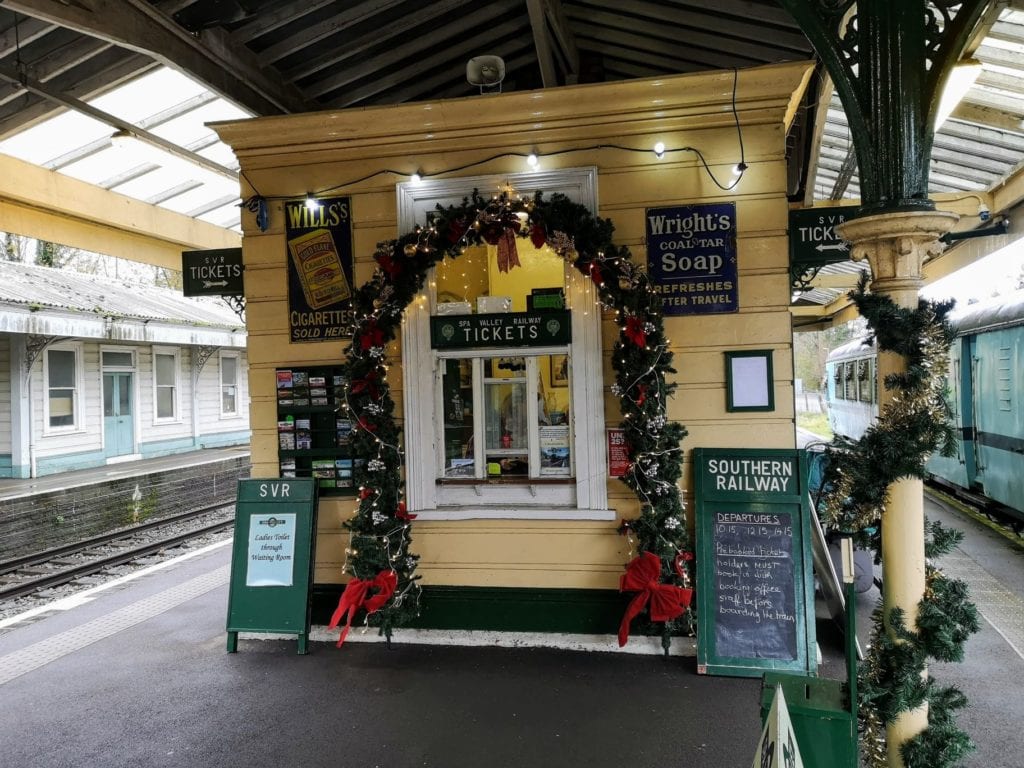 The ticket office at Eridge looking fabulous and festive

Eridge Station is about a 40 minute drive from Sevenoaks. There is ample parking in the station car park at a cost of £2.90 per day at the weekend. You could park in the lanes if you would rather not pay but I prefer a car park.

The station was very festive, decorated and had Christmas music playing. There were guards ready to meet us and give us leaflets. 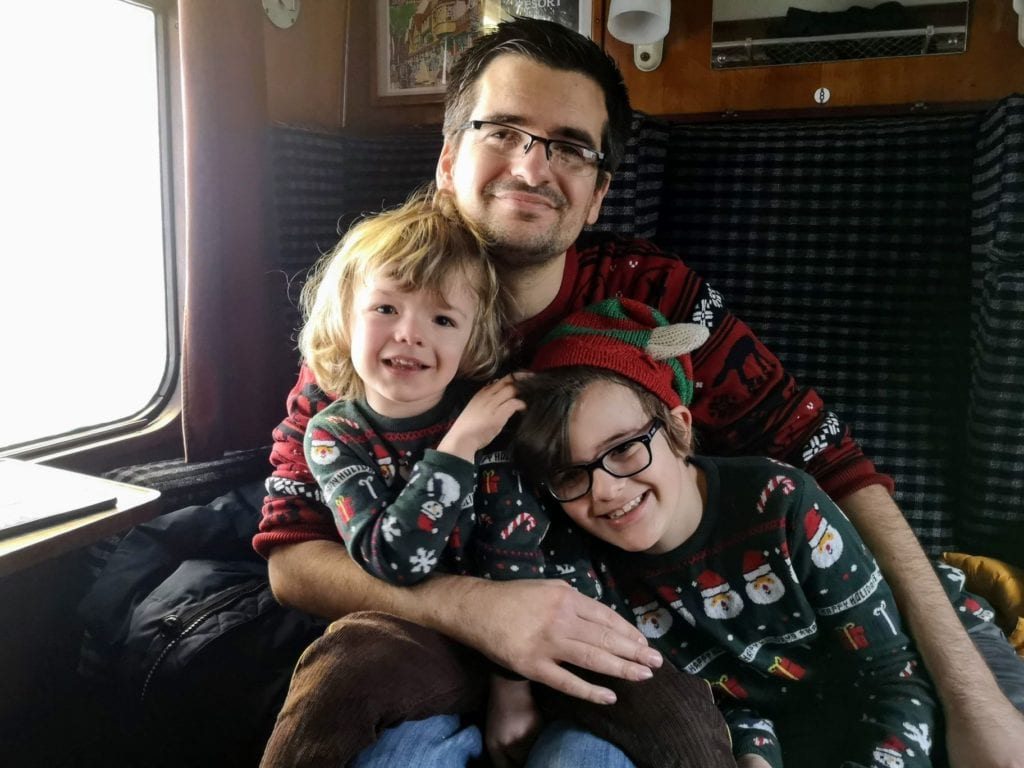 The Spa Valley Santa Specials have a special timetable

We chose the last train at 2.15pm. We got to the station half an hour early and I would recommend you do the same as there is face painting and so on available. The train arrived early but we were asked to wait for them to be clean it from the previous journey before alighting.

There are loos on the platform so make the most of them before you leave, although there is a small loo on the train. 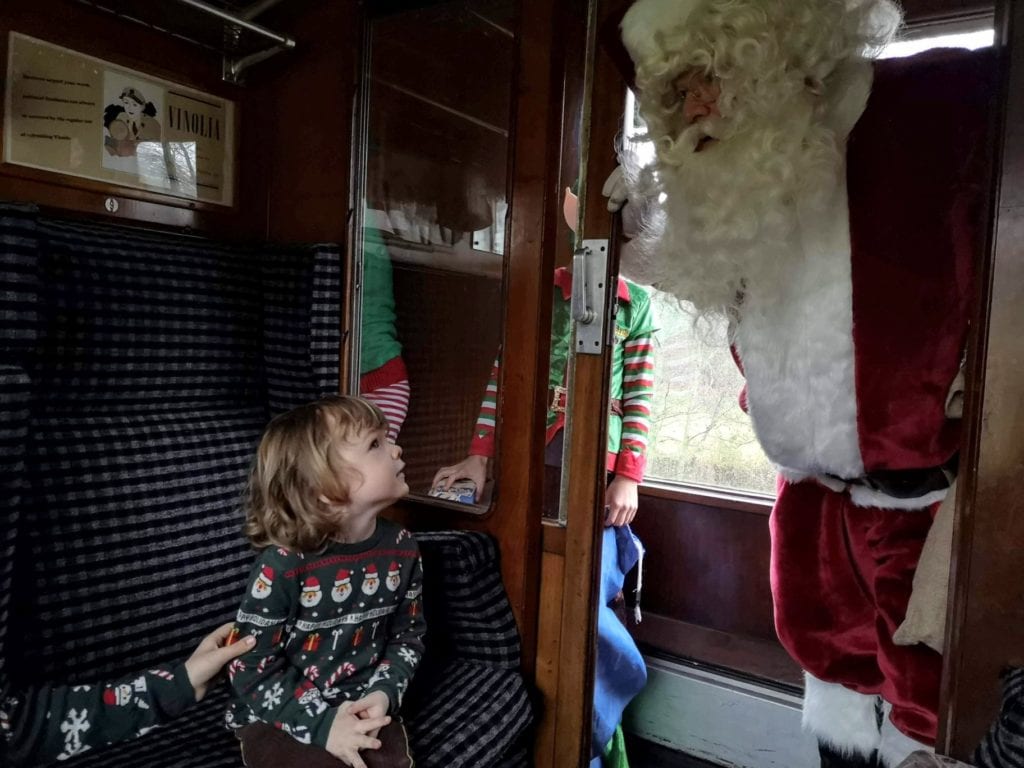 We were allocated a First Class Carriage which meant we had the whole carriage to ourselves.

The kids were very excited as they had caught a glimpse of Father Christmas on the platform before we left. As we were at the very end of the train the elves were busy getting the gifts ready so the kids were thrilled to see them too.

We settled into our carriage as the train chuffed away. Little L kept peeking into the corridor to see if Father Christmas was coming

After a short while Santa arrived in the doorway with his elves.

The children were given a bag with a toy in each. Father Christmas had a little chat with us and told us that we could see him in his Grotto at Tunbridge Wells West and have a photo taken. 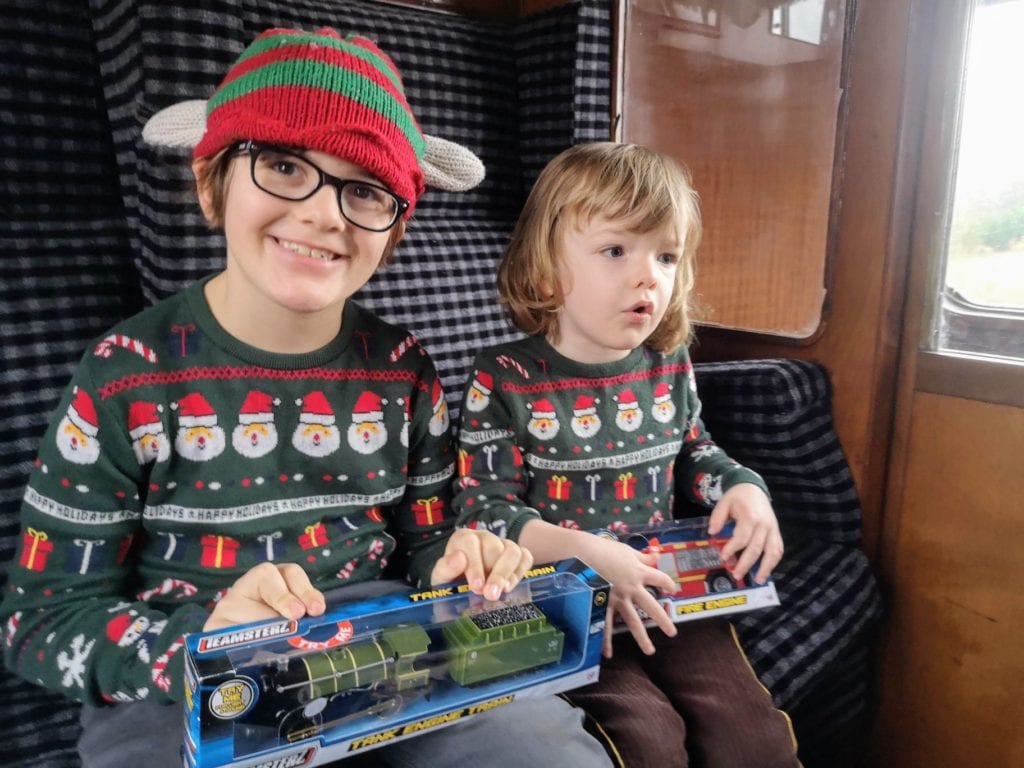 Both boys were very pleased with their toys

Big L got a train and Little L got a fire engine, both with sounds.

The train journey is around 20 minutes to Tunbridge Wells as it doesn’t stop at any of the stations on the way. You alight at Tunbridge Wells West which is also decorated and there is Christmas music playing.

We joined the queue for Santa’s Grotto and were given warm mince pies, which were delicious!

We were pretty much at the end of the queue but all the children were well behaved and there were minimal meltdowns! You can get in Santa’s sleigh as a family and an elf will take a photo with your camera – none of this having to pay extra for photos nonsense which I approve of. 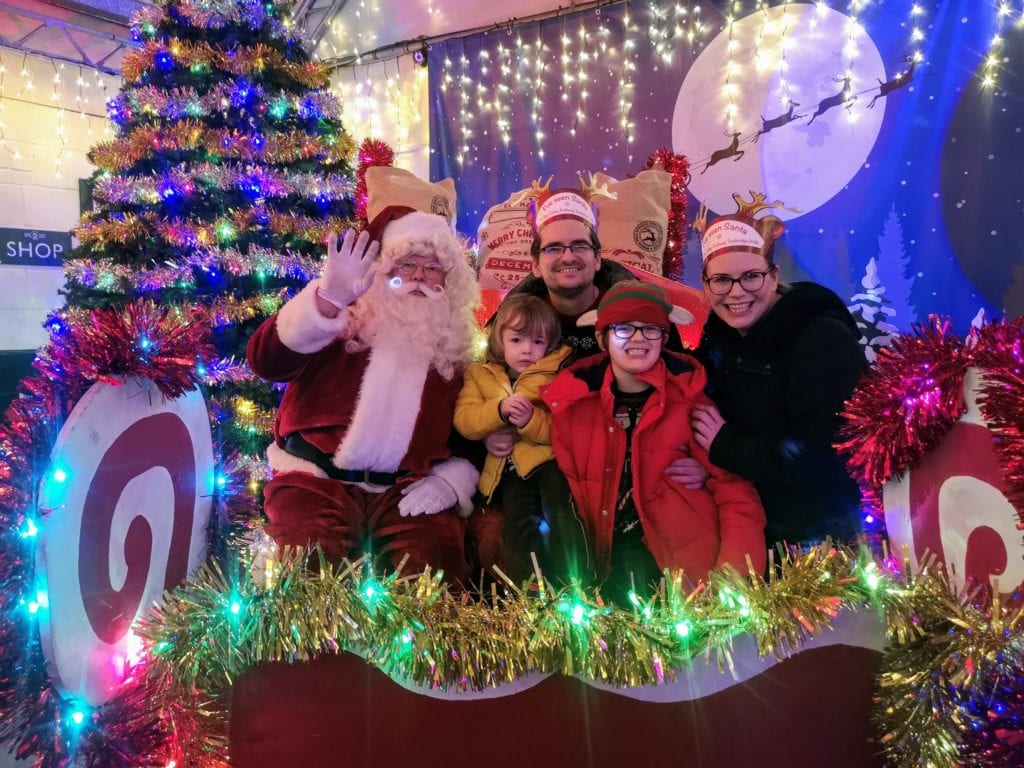 I think the elves did a good job with this photo

He’s also lovely and was perfectly happy to pose for more photos and selfies outside by the train if you ask him nicely.

The train left Tunbridge Wells West Station at about 3.15pm back to Eridge.

Father Christmas visited us in the carriage again on the way home to say goodbye. When we got back to Eridge they were getting ready to close up so be sure to make the most of face painting etc before you get on the train if you get the last one of the day. 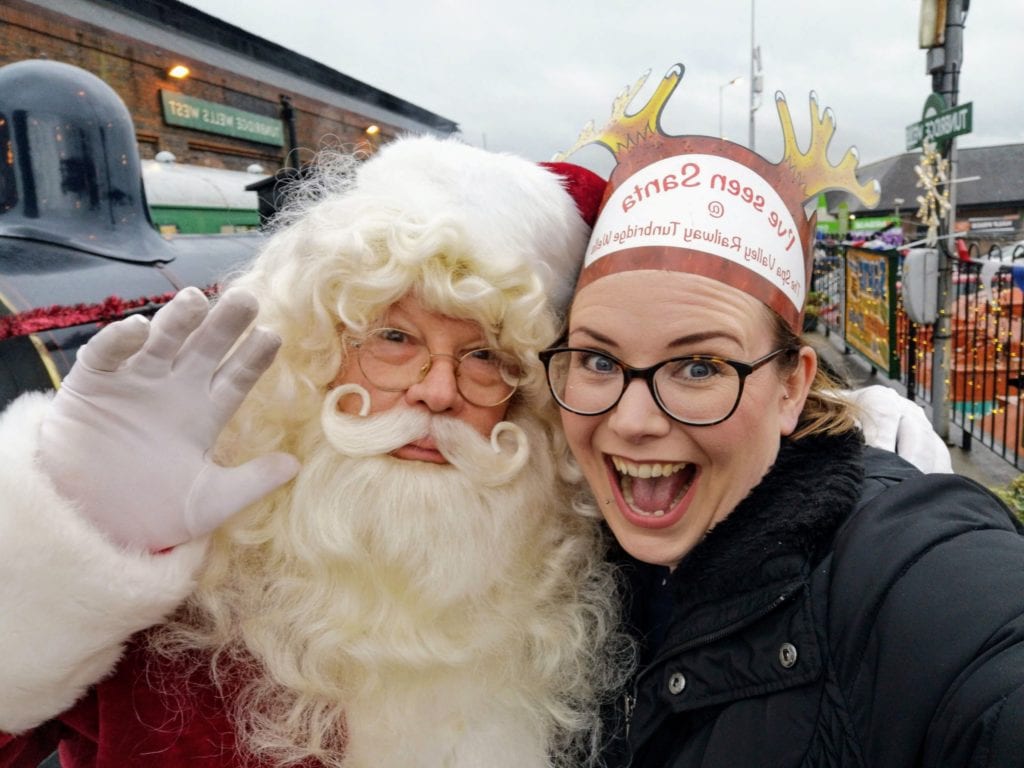 To book tickets check out the Spa Valley Railway website

Premium tickets which include travel in one of the premium coaches and a snack box for adults and children over 2 and a cracker each – these looked very fancy I have to say! 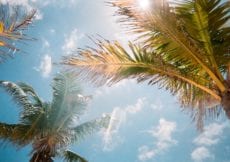 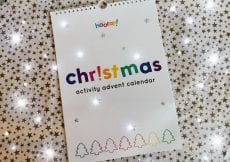 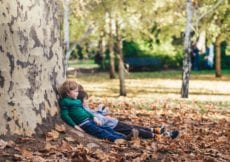 Days & Nights Out in and Around Sevenoaks Travel and Days Out