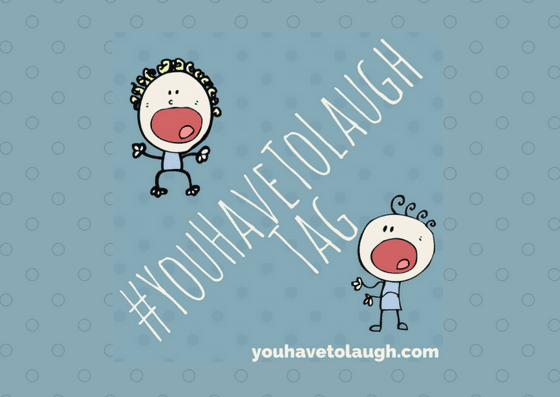 I’ll be honest, when I agreed to work with You Have to Laugh  as part of their Smile Squad (yes it turns out there are other hilarious bloggers out there – do check it out) I didn’t think it would involve such inane crap.  What have I let myself in for? Anyway, they tagged me in a 12 questions thingamyjig so I suppose I’ll just get on with it. The best part is that because I’m posting it on my own site they can’t change it to say anything like they’re really funny and good looking….yep they do that

Thought I’d wake up at the weekend sober. To be honest I just felt lucky to wake up at all Yup! That’s me sitting on my friend’s kitchen floor, next to a bin and a cup of tea after a heavy night

2) What is the most annoying toy that your child owns or has owned and why?

Anything too big.  We have a small house and I’m fairly sure everyone forgets this when they buy them presents.  The Christmas before last my uncle bought Big L an X-Wing fighter that is so big it’s lived on top of a wardrobe and not been played with.  You could say it’s in a galaxy far, far away *groan*

Poo. But only if it belongs to me or my kids. Anyone or anything else’s makes me sick.  I once trod in human poo in my lucky socks and refused to throw them away.  Turns out they’re not that lucky after all

4) Is Peppa Pig more annoying than Postman Pat is bad at his job? Discuss.

Peppa Pig is a self entitled little madam and her parents are very much “making a rod for their own backs” – God I hate myself for using that phrase. At least Pat  gets the job done eventually. Even if he is a tosser.

5) What time constitutes a lie-in in your house now and how does this compare to your pre-child days?

7.30am is a decent lie in these days.  Pre kids I used to sleep a hang over off all day then go out again at night. Repeat.

6) What is your favourite swear word or swear word combo and when was the last time you used it?

For fuck’s sake.  I used it fairly recently.  This morning at least. I probably should have called my blog “For fucks sake”. I’m quite partial to a swear.  Just not in front of my kids

7) Tell us your worst ever nappy or potty training experience.

Recently I found Little L, sitting on the floor innocently playing with handfuls of his own excrement.  There was a pile of poo on the carpet next to him that must have eeked its way out of the leg of his nappy. I got the changing mat out.  Lay him on it at which point he rubbed his face.  He now had poo all over his hands, feet, legs, face actually there wasn’t much left that wasn’t covered.  I could see no alternative other than to take him to the bathroom and hose him down. It was like a scene from Guantanamo bay.  He was screaming blue murder. Shit was spraying all over the bath. I was gagging.

8) There is no electricity and won’t be for the next week. NONE. After eating the contents of the freezer (assuming you have a gas cooker) what the hell do you do with yourself?

Ration use of all battery powered devices like mobile phones, laptops, tablets etc. Then go for a long walk.  Sleep.  Drink. A week? I’d probably die

9) If you didn’t need the money and didn’t have a little one what would you spend your days doing?

Getting a tan, getting a manicure and pedicure and getting drunk

10) If squirrels ruled the world, what do you think would be the advantages and disadvantages?

I suspect squirrels would be more humane then the current regime. The disadvantage would be the language barrier.  I wonder if Chris Packham could lend a hand? I quite fancy the idea of being a squirrel’s minion If squirrels ruled the world

11) If you could have anyone round for dinner, alive or dead, which 3 people would you choose? (NB – If you pick a dead person they would be alive during dinner – you wouldn’t just be dining with a corpse. That would be creepy)

Freddie Mercury, I never got the chance to see him “live” maybe he could do a little routine, Rick Mayall – pure comedy genius, J.K. Rowling not because I’m a Harry Potter fan (I’m not overly bothered) but because I like her politics and her tweets 12) What is your favourite funny blog post ever (your own, or someone else’s)?

I’m really bad at remembering stuff.  There are loads of funny bloggers (bastards!) but I really love Hurrah for Gin! Probably the hangover one, we’ve all been there!

Now I am supposed to tag some fellow bloggers, which I have just underneath. They then tag mygoodself and You have to laugh.  Stick it on Twitter too #yhtl you get the picture.

1) I’ve been poorly (see my Facebook page for details, honest I really am poorly – pity me)

2) I can’t be arsed – if you would like to change 2 questions, lovely ladies, do feel free. 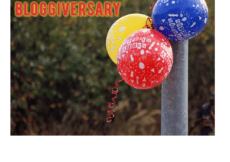 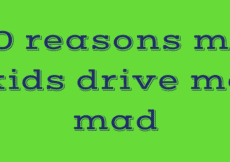 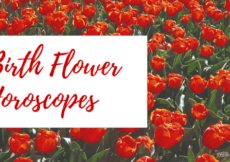