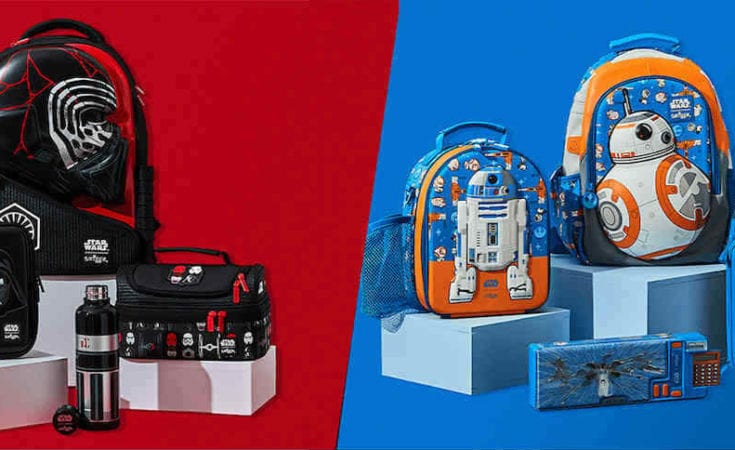 Being born at the tail end of the 70’s I have grown up with the Star Wars franchise.

I played Star Wars with friends at Primary School – I was always Leia (don’t laugh). I was disappointed in the prequels in the late 90’s and noughties but my love was rekindled with the most recent films.

We took Big L to see Star Wars: The Force Awakens at the cinema. He was only little and we had to leave the film early. It later transpired that the guy in front of Big L kept farting which was why he asked to leave…

With Smiggle you can join the First Order or the Resistance with a fab range of stationery, backpacks, water bottles and accessories. Smiggle asked if we would like to check out the range for ourselves and of course we jumped at the chance. 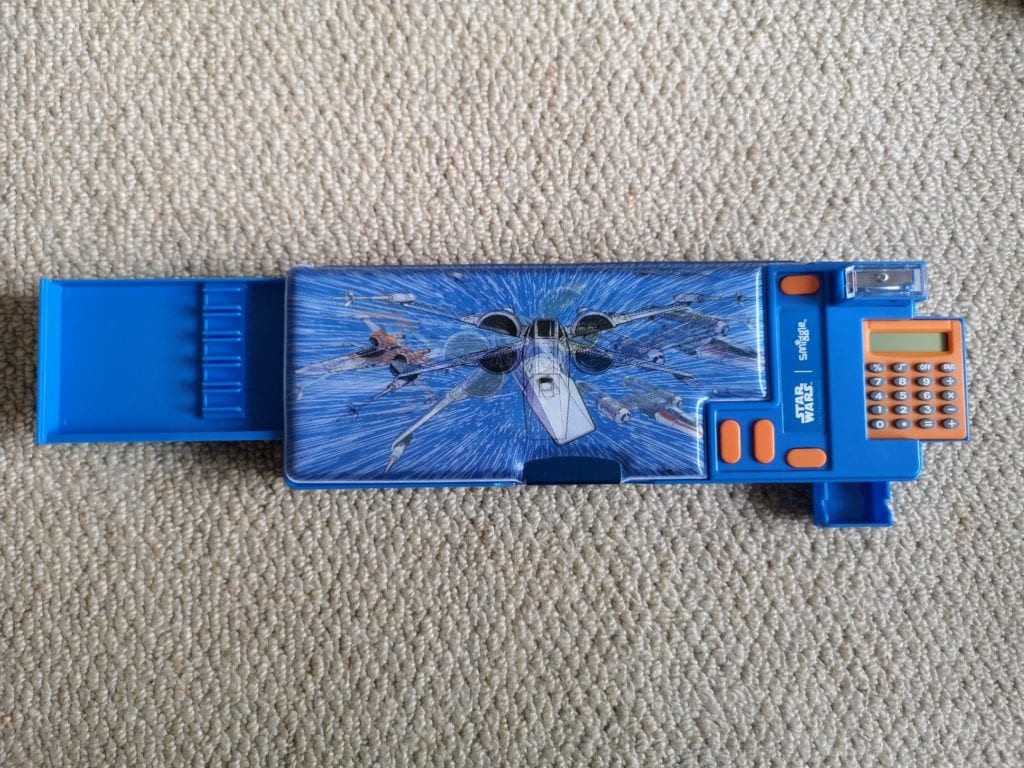 It is quite reminiscent of the 80’s and 90’s. It has a hologram on the front and back, as shown and BB8 on the other side. Pressing the buttons makes various items pop out – the calculator, pencil sharpener etc. Lots of little gadgets!

I then took over the choosing while the boys run amok in the shop. 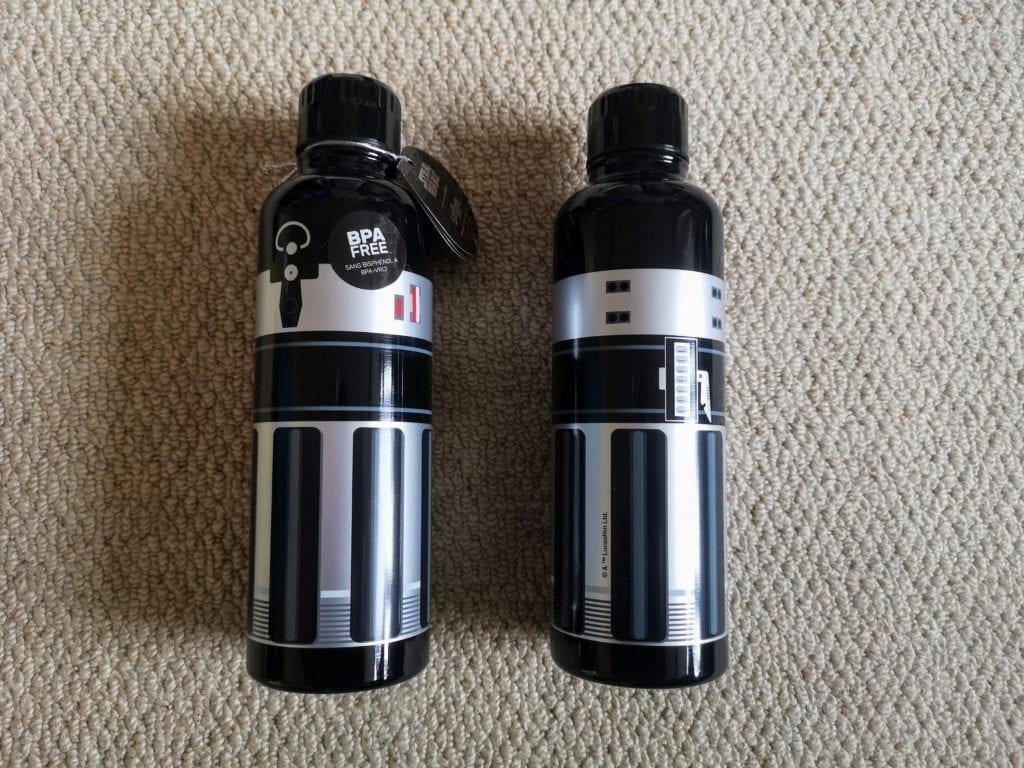 I chose these as they keep your drink hot or cold for up to 6 hours – great for both summer and winter! Plus us adults can use them too – I’m not as silly as I look. I think these are pretty cool and have a screw cap which should minimise any leaks.

I thought both boys would appreciate the Chewbacca slap bands 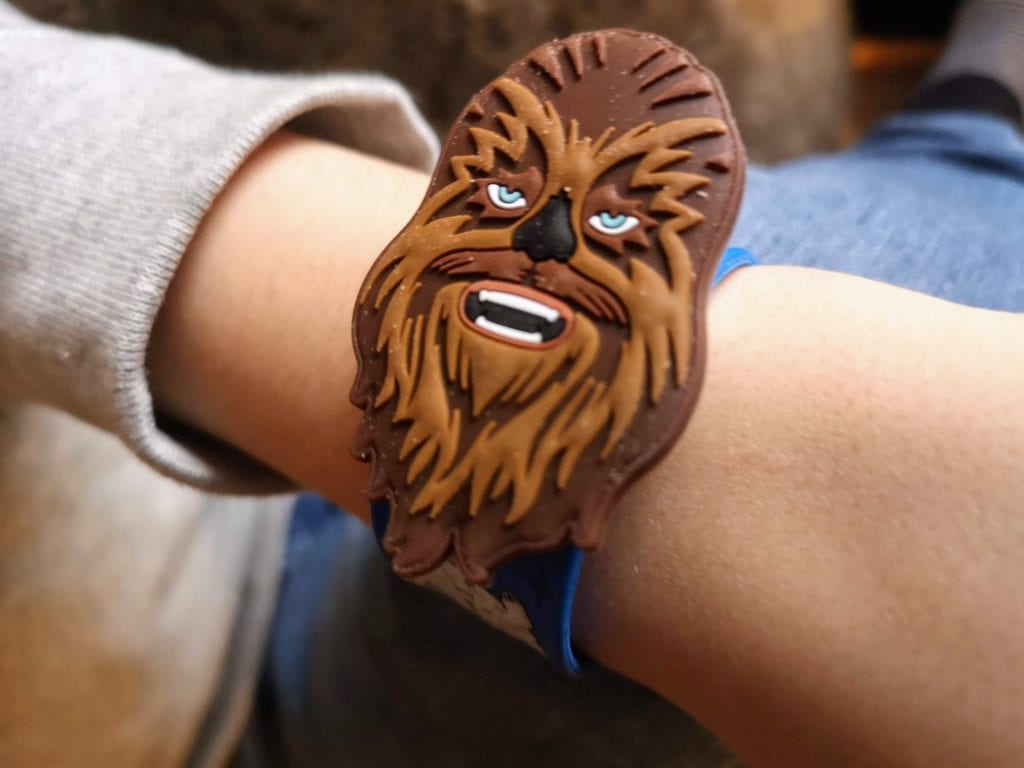 Little L does like to match his brother so he is chuffed that he has one too. True story: Chewbacca once stroked my hair. OK it was just a fella dressed up as Chewbacca and it was in the local shopping centre but it still counts, right?

Finally, Big L has mentioned wanting to keep a diary so I picked up a Star Wars First Order Lockable Journal 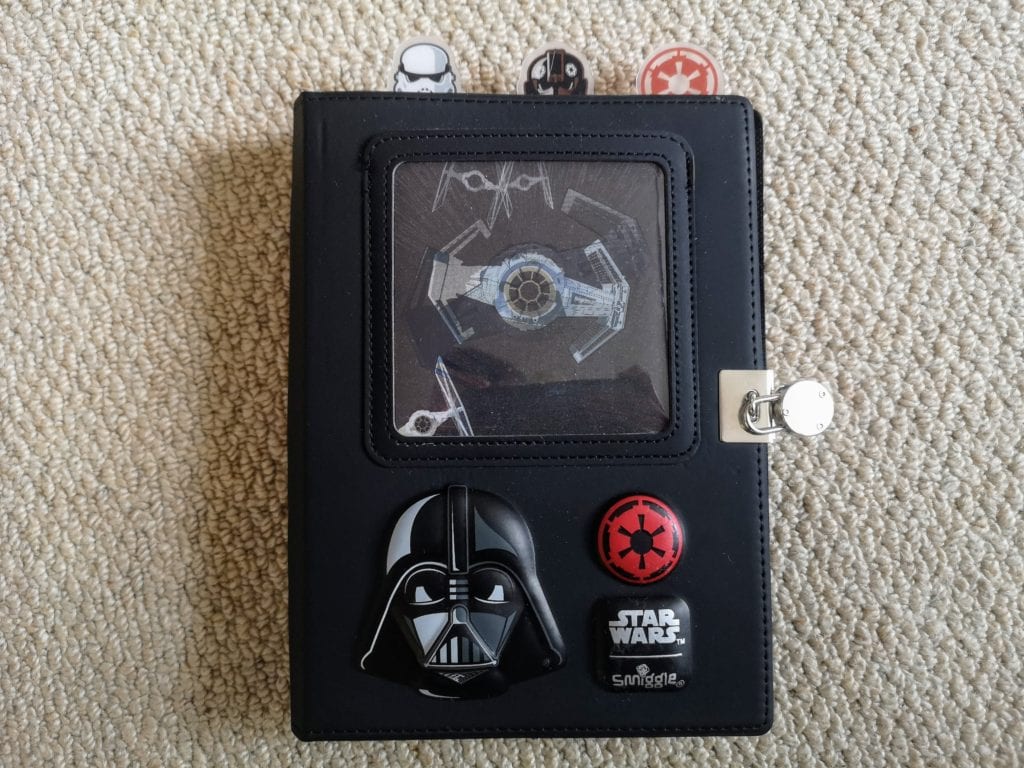 This has a hologram on the front and a raised image of Darth Vader. I’m not sure if I should encourage writing your deepest, darkest thoughts in a diary emblazoned with good old Darth but hey ho! Big L is pretty happy with it – I just need to find out where he’s put the keys… 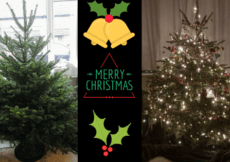 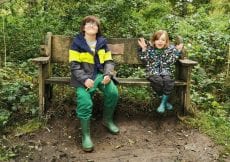 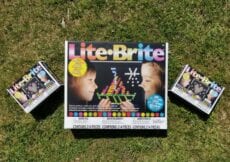