We made the decision to self isolate last weekend, I wrote about it here: Why we’ve taken our children out of school because of the Corona Virus

A week of self isolation has been a rollercoaster of emotions for me.

I have been sad, angry, anxious, scared. I had to go to the hospital for my immunosuppressants and I was terrified of leaving the house at that point. I planned the route from the house to the car, from the car to the ward where I have the infusion. I decided to take the stairs rather than the lift due to the confined space – I forgot the ward was on the third floor. I nearly died of exhaustion – this virus will kill me one way or the other I’m sure!

What I have learnt from this first week of self isolation with my family?

Personally – I have eaten less, or at least snacked less. I have got dressed every day – but not worn a bra. To be honest not wearing a bra is possibly the best part.

What have we done about “educating” every day?

We had grand plans to do a bit of schoolwork every day, and we kind of have but not as much as we thought. In fact we have relaxed a great deal as the week went on, especially since it was announced that schools were closing. It put our minds at rest that we had done the right thing for our family. We do read daily and Big L does a bit of maths. We’ve had paints out – and I am not a crafty parent by any stretch of the imagination.

Shopping has been hard during self isolation

We got a delivery last week but online orders have been snapped up for a week or so in advance. Monsieur Incidental popped out on Tuesday afternoon to get bread and of course there was none. I am finding the greed the hardest to comprehend. The greed and the fact that people don’t seem to be taking social distancing seriously. Luckily friends have been very kind and helpful.

I *think* I am what is classed as “vulnerable” due to immunosuppressants. However it is not clear as it has not been confirmed yet. From what I can gather the only people who actually have to self isolate are those who have symptoms. I am self isolating for my own safety and to help the NHS. I am aware I am not more likely to get the virus but if I do I am more likely to develop complications and require hospital treatment. I like to think I’m being sensible.

I have loved spending time with my family though

We have relaxed. We’ve laughed, we’ve hugged, we’ve played hide and seek in a house with about three hiding places. We have watched films, played Wii Sports (that is our PE – don’t judge me), they’ve played on tablets. They’ve helped with housework. We played in the garden – we are so lucky to have a garden.

I think the main thing I’ve learnt from this week is that it is important for us to relax.

We have all been so anxious, and rightly so. Our children are children. They are likely to be off school for a few months and there is plenty of time for them to learn, and who says it need to be structured anyway? It’s been nice to just sloooow down. For now, at least, we will enjoy each other’s company. 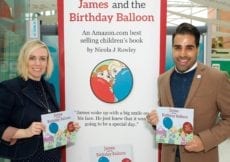 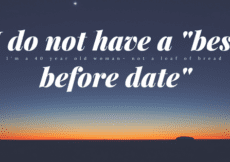 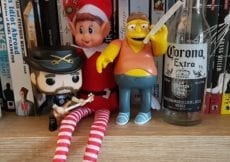