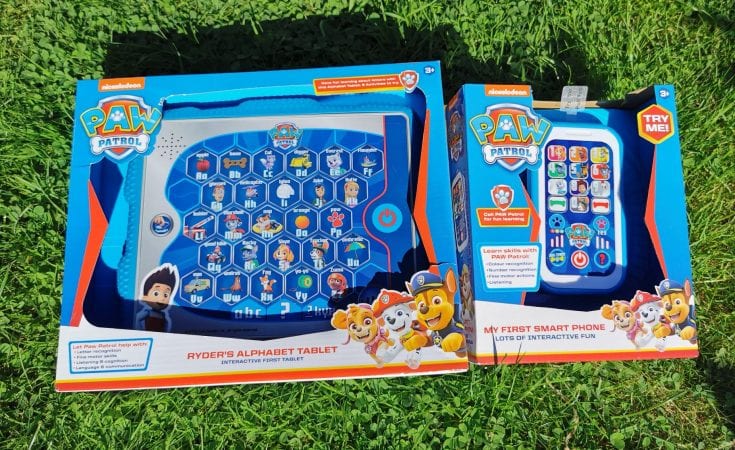 We were given both toys for this review – all images and thoughts are our own. Posts may contain affiliate links

Like most 4 year olds Little L loves Paw Patrol (he’s even met them, twice!) so we were really keen to get our hands on the Paw Patrol Smart Phone and Ryder’s Alphabet Pad to review

They are both by Trends toys and we have previously reviewed their Peppa Pig Laugh & Learn & Alphaphonics toys so we kind of knew what they would be like.

Little L started big school a few weeks ago and is already starting on phonics so Ryder’s Alphabet Pad has come at just the right time. Ryder’s Alphabet Pad is ready to go straight from the box, just switch it on and off you go! Ours was missing the batteries but they should be included, we always keep some AA and AAA batteries around, just in case. The pad itself it lightweight and has rubber all around to make it easy to grip and one assumes it will protect it if (when) dropped. You will be pleased to hear there is a volume control too, you’d be surprised how many don’t have this feature.

What features does Ryder’s Alphabet Pad have? 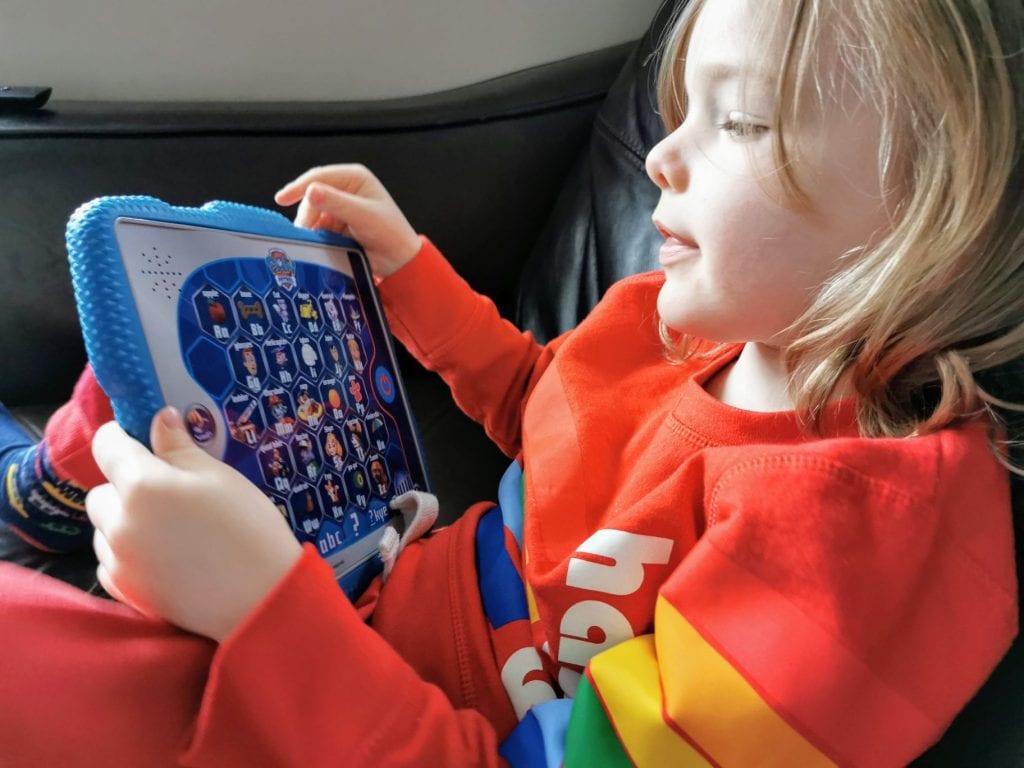 There are different ways to play educational Paw Patrol games by pressing the three different buttons at the bottom of Ryder’s Alphabet Pad:

The letter on the left hand side allows you to press a button and they will tell you what letter it is and what is sounds like phonetically.

To be honest it will help parents who are learning phonics for the first time too! I remember it being totally alien when we started with Big L, now 9.

What did we think of Ryder’s Alphabet Pad?

We thought it was a great gadget to help make learning the alphabet and phonics fun. It is nice and light yet robust so easy to take around on trips out to keep children occupied, with the added bonus of the volume control! The RRP is £17.99 and it is available from Argos The smart phone is ready to use straight from the box, there is no volume control on this one but it isn’t overly loud. It is just the right size for a toddler’s hands and the buttons are easy to press.

Whereas the Alphabet Pad is for the alphabet and phonics the smart phone is for numbers and colours.

There are different ways to play educationsal Paw Patrol Games using the different game buttons on the smart phone:

Press the paw with three colours and Ryder asks “can you find the white button?”

Press the paw with 123 underneath and Ryder asks “can you find the numer 8?”

Press the One Team bone button for Ryder to ask “who shall we call? Press 3 to speak to Rubble”

Press the ? and Ryders asks “Who said this?”

Press the Paw Patrol logo for a mixture of questions.

It’s a great way to help children learn numbers and colours by relating them to their favourite Paw Patrol characters. 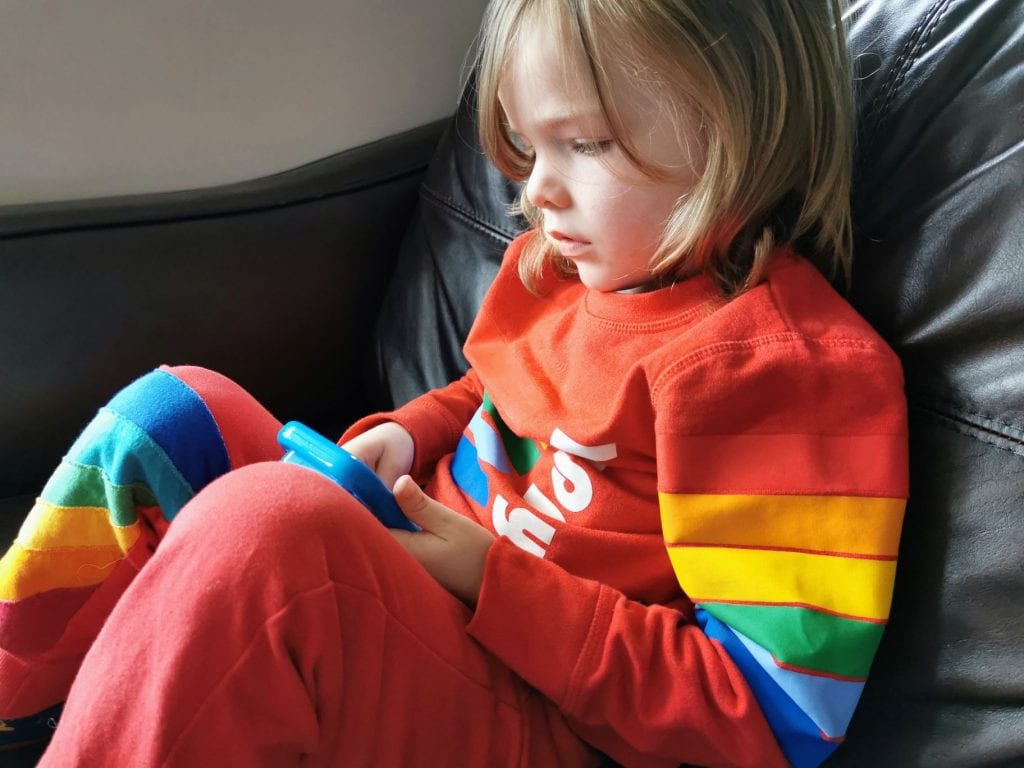 What did we think of Paw Patrol Smart Phone?

The smart phone is a nice size, perfect to pop in your handbag or a small rucksack to take out with you. The buttons are nice and responsive for small fingers and, although you can’t change the volume it is not an annoying level – if you know, you know!

The Paw Patrol Smart Phone has a RRP of £10.99 and is available from Very

This is very similar to the Count with Peppa we reviewed previously.

Count with Marshall has 10 interactive play coins which help to develop counting skills plus colour and number recognition. Marshall asks the child to identify a coin (by its number, colour or objects on it) and insert it into the truck. He knows which coins have been inserted and can react accordingly. Choose between counting or colour recognition games. Retrieve the coins to play again. RRP £19.99 from Argos 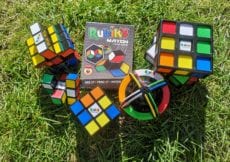 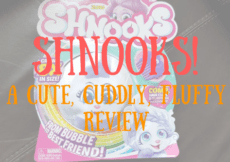 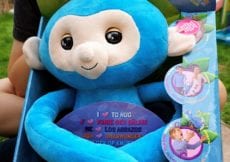